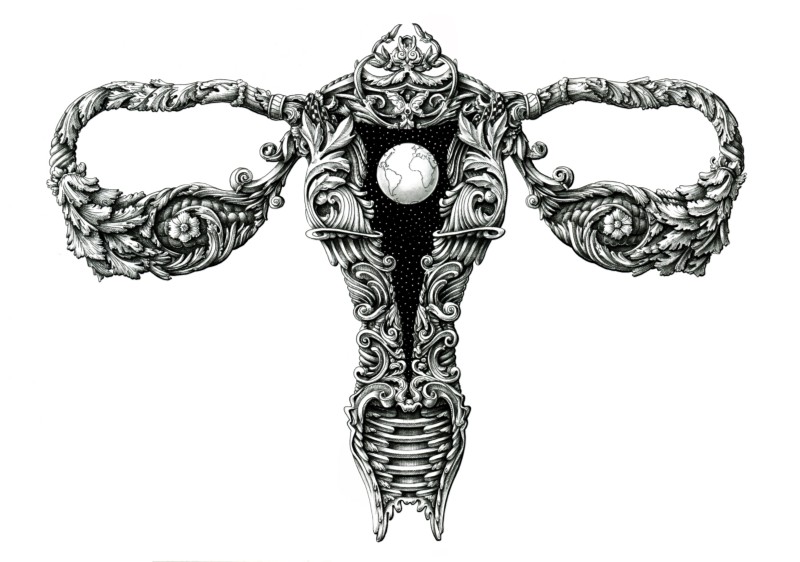 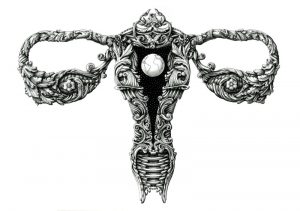 I was on the floor in my therapist’s office, my legs up against the wall, two hot packs piled on top of me — one draped between my legs and another across my belly. Something deep inside my pelvis was squeezing so tight that I could barely breathe. Whatever that vicious thing was, it was angry at me and was punishing me with searing spasms, shooting out from my uterus like lightning bolts. Tears were silently streaming down my face and all of my efforts to keep it together had simply failed.

I knew that pain. I had felt it on and off for years, but it had never been given a name or an explanation until just a few weeks earlier. Until then, no doctor had considered it worthy of worrying about and, placing my faith in science, neither had I.

The first time I felt this pain, the spasms were so severe that I passed out on the bathroom floor, clutching the phone while trying to get a same-day doctor’s appointment through my HMO. Thankfully, my husband caught me before I banged my head against the bathtub and called an ambulance. The HMO never called back even though the line had gone dead. I guess they thought I got tired of waiting.

After that first episode, I went to see a gynecologist only to be told that occasional pelvic pain was nothing unusual for women. It was, most likely, ovulation pain, the older male gynecologist said, a sign that, although I was nearing my forties, my ovaries were still working. He then instructed me that a quick pregnancy would put an end to all this pain, child labor notwithstanding, and enjoined me not to dilly-dally, given my advanced age. But, in the mean time, he sent me home with a prescription for oxycodone and the feeling of being a failed woman because, at the ripe old age of 37, I had chosen not to make any babies.

Since that first humiliating appointment, every time a severe pain attack recurred, which was about once a year, I would put myself through the dubious pleasures of one more pelvic ultrasound only to be told again and again that nothing was wrong with me. It was just my ovaries working. Hurray for my aging, go-getter ovaries, right? And so it went for years.

At 44, as I was wading waste-deep through the marshes of mid-life and mid-career crises, the pain attacks became more frequent and I found myself dealing with some amount of pain every day. After a few frazzled months of pill popping, toughing it out, and dutiful denial, it became clear that none of my attempts to go on with my so-called “normal” life would work. I finally convinced my doctors that something had to be done and, after waiting for weeks, I had a surgical procedure, called a laparoscopy, which delivered a diagnosis.

I did have a real reason to be in pain, the surgeon had told my husband after my surgery. She had removed some cysts from one of my overachieving ovaries and biopsied some lesions in my pelvic cavity for lab testing. The results came back two weeks later and, after years of being told there was nothing wrong with me, I suddenly had a diagnosis. I had a disease called endometriosis. It is a disease whose causes are poorly understood and for which there is no cure. I didn’t know whether to feel relief or to slit my wrists.

The recurring thought that the latter option may be better was the reason for my return to the therapist’s office after a few weeks of post-surgical recovery. My daily pelvic pain was back and, despite having a diagnosis, I had no idea whether I would ever be able to get control over it. I felt like my body was not my own anymore. It belonged to the disease. Endometriosis had made its grand entrance into my life and seemed to be going nowhere.

How perfectly useless all those pelvic exams and ultrasounds seemed right then, from my vantage point on the floor of my therapist’s office, as I looked up at the neutrally colored wall and my two pink, puffy feet propped up against it. A few inches before the wall met the ceiling, a piece of “therapeutic art” was hanging, as if placed there to look down on me. In a string of silver-colored, large letters, it spelled the word “BREATHE.”

I didn’t want to breathe. I didn’t want to think or speak or live. I just wanted the pain to stop. Yet, somehow, some hidden reservoir of self-preservation strength had made me drag myself to this session and there I was, looking for a lifeline even as I hated my life.

“If the pain could speak to you,” my therapist said softly, “what would it say?”

Not this new-age crap, I winced as I reached for my standard arsenal of obfuscation tactics — sarcasm, skepticism, snark — all the tricks I use to avoid answering uncomfortable questions. I reached and reached, but kept coming back empty. My defenses were completely down. I couldn’t even pull off a perfunctory eye-roll. At that moment, the pain was fully in control and it was not going to let me ignore it. It demanded my attention. So, exhausted and exposed, I finally listened.

“Stop pushing,” I said after a long pause. “The pain is telling me to stop pushing.”

“Stop pushing,” my therapist repeated like an echo, letting the words hang in the air.

*The buddhist concept of bodhi is commonly translated into English as “enlightenment” or “awakening.” It is believed to be the final stage on the path towards spiritual transcendence or Nirvana. 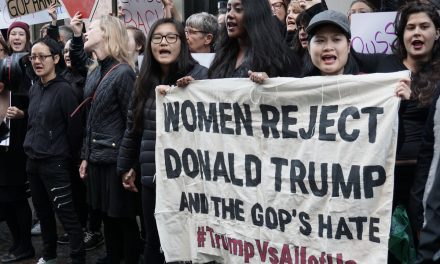 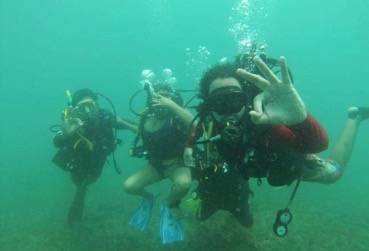 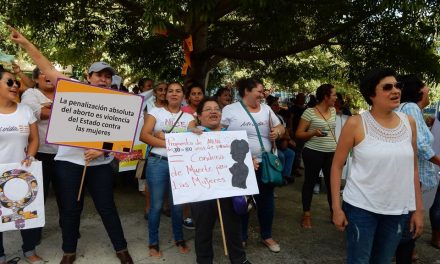 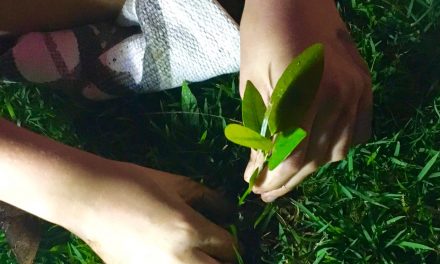