The character “Mama Agua” in the musical CONTRAMAREA, soon to be presented in Costa Rica’s  Teatro Auditorio Nacional en el Museo de Niñas y Niños, will be dramatized by singer/songwriter Guadalupe Urbina of MADREMONTE and OCEANA, a nascent project in gestation as an artistic and literary proposal that promotes a re-encounter of humanity with the sea and all the waters of the Planet.

“The character as mother of all waters in this show has been made for me,” says Urbina. The theme of the sacredness of the waters has been a source of inspiration in the music of the Guanacaste woman who practically grew up in the sea in her Province. Plus, she is currently carrying out research and a conference in which she shares the vision of native cultures  “on the centrality of water as a vital and sacred element, mothers, grandmothers and renewal of life.”

Now in the musical, Urbina is part of a cast of more than 3 dozen artists that include the Malpaís group live with their emblematic song “Contramarea” (Countercurrent) as the center of a love story in Costa Rica today, in the middle of the historical, social, environmental and neighboring context with Nicaragua.

The playwright and director of the play, Kyle Boza, has explained that the musical is called Contramarea, “precisely because we took that theme as the opening song to tell the story. And, as everyone who’s heard that song knows, it’s about a Romeo & Juliet romance; one person from Nicaragua and another from Costa Rica. In this case, “Marina” (Isabel Guzmán Payés) is a Nicaraguan girl and “Fidel” (Melvin Jiménez) is a border policeman from Costa Rica. Both characters have a meeting where they begin to fall in love, and that is the starting point where a story emerges that reviews the entire Malpaís discography”, contextualized today.

The Auditorio Nacional Theater at the Children’s Museum in San José will host a play from January 20-25, 2023. Tickets are available at boleteria.museocr.org. For more information, the public can enter the National Auditorium Theater Facebook or send a message to WhatsApp 7003 7070. 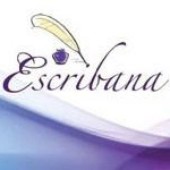 is founder, producer, and consultant with ESCRIBANA. A Puerto- Rican/Costa Rican, she is a feminist activist with various professions: journalist, social communicator, writer, teacher and university professor, scuba diver and fisherwoman. Her books include: The Rebellion of the Chairs (2011); Images of Haiti that Rise Up 2010); My Own Metamorphosis (2009); and Women, Meta- morphosis of the Butterfly Effect (2008). Songwriter Guadalupe Urbina will be Back on Stage